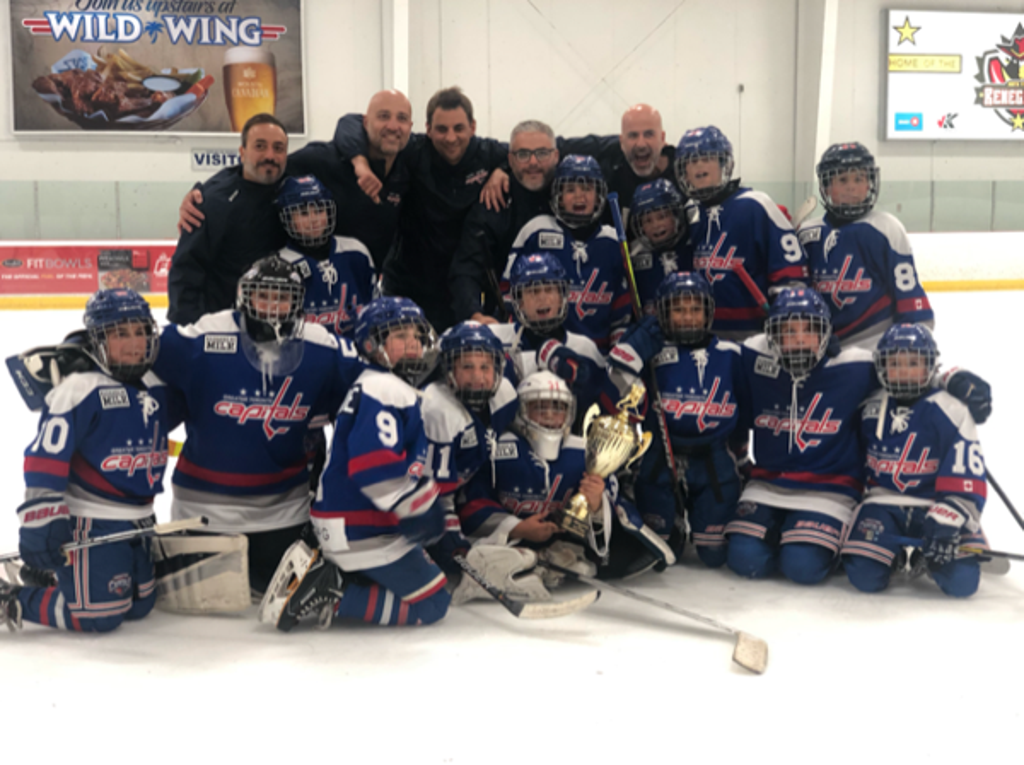 After coming off a BIG pre-season championship win in the Toronto Preseason Blast Early Bird Tournament,  The Minor Atom AA GT Capitals went undefeated in the round robin of the Brian Steele Early Bird Tournament with a 3-0-1 record.  They advanced to the semi-finals where they faced the Goulding Park Rangers in a 4-0 win.   Going into the final game, the GT Capitals knew this would be a tough battle and needed a total team effort to get the job done.  These group of boys saved their best for the championship game and as a result, the GT Capitals beat the Toronto Wolverines in an exciting and action-packed game that ended in a 9-1 victory.  Following the game, the boys enjoyed an emotional and heartfelt celebration, circling the rink hoisting the championship trophy high.

Congratulations to the players and coaching staff who pulled off an incredible back-to-back championship!